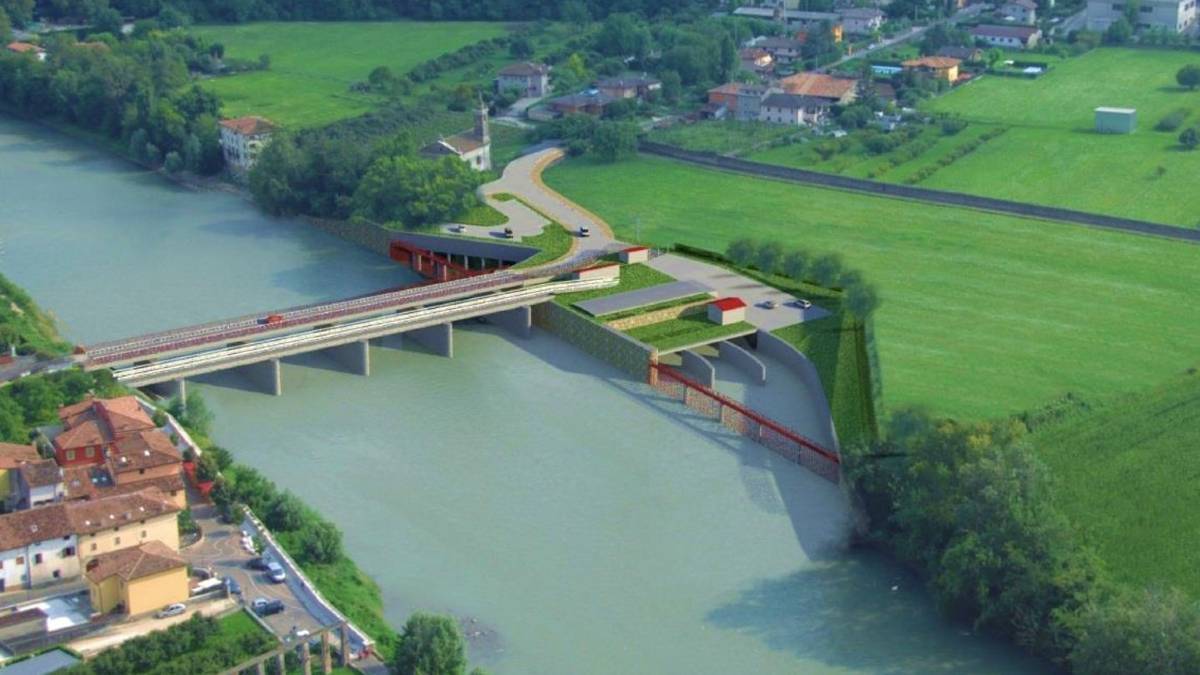 The project is for a hydro-electric plant along the Adige river in the section between Pescantina and Verona.

The plant has been designed to have a very low environmental impact, as it immediately returns waters downstream and it exploits just a part of them whereas the outstanding part keeps on flowing freely.

In addition to the works concerning the hydro-electric plant, the project includes the requalification and strengthening of the bridge called “Settimo di Pescantina bridge” on the Adige river. It allows the road link between Pescantina and Bussolengo.

The main project features are:

The hydro-electric plant will be located in the area where a plant for the treatment of stones and marbles along the river on the right bank used to be operative. The river hydraulic flows intake will be just upstream of the river and the flows outlet will be just downstream.

The area occupied by the plant will be about 45 m wide and about 100 m long in parallel with the river. All the hydraulic works related to the plant will be underground. The surface over the plant and the intake and outlet channels will be occupied upstream by a large garden and parking area, downstream of the new road link to the bridge, near the 18th century Corno Church.

The area surrounding said church will be rearranged and improved and even expanded in respect to the existing one.

The plant emerging works are just some access works containing the screen remover to clean the intake grids and the equipment delivering the energy produced.

The hydro-electric plant will produce about 3 MW power for an annual total of about 21.3 GWh; the energy produced will be then entering into the grid by a connection with a medium voltage line already existing.

The lock is made up of five spans, each is 17 m wide and they are regulated by as many flap gates, with a water retention level of 72.56 m above sea level, i.e. 5 cm less than the higher free surface (72.61 m above sea level.).

Taking into account the dimensions of the lock piles, each of which is 1.5 m, the lock total width is 92.5 m; in addition to such width the canoes slide 2.5 m width and the fish ladder total 7.1 m width are to be added. The total width of the works in the riverbed is therefore more than 100 m. The flap gates movement is controlled and regulated by a hydraulic mechanism which triggers the two cylinders at the end of each gate. The cylinders are placed at the back of the gates and they are embedded in the riverbed piles in order to avoid damaging the devices during extraordinary floods. The maximum grade of operating gates is 60° horizontally. The hydraulic plant pipes are placed in a water-tight inspection shaft which can be checked. It is closed by ballasted sheets or concrete slabs and it is placed downstream of the gates. Guide rails have been set upstream and downstream of the gates to close the span by means of mobile boards if it is not possible to carry out otherwise the extraordinary maintenance operations on the mechanical devices. The project envisages along its length an accessible inspection shaft where the hydraulic and electric systems pipes are located.