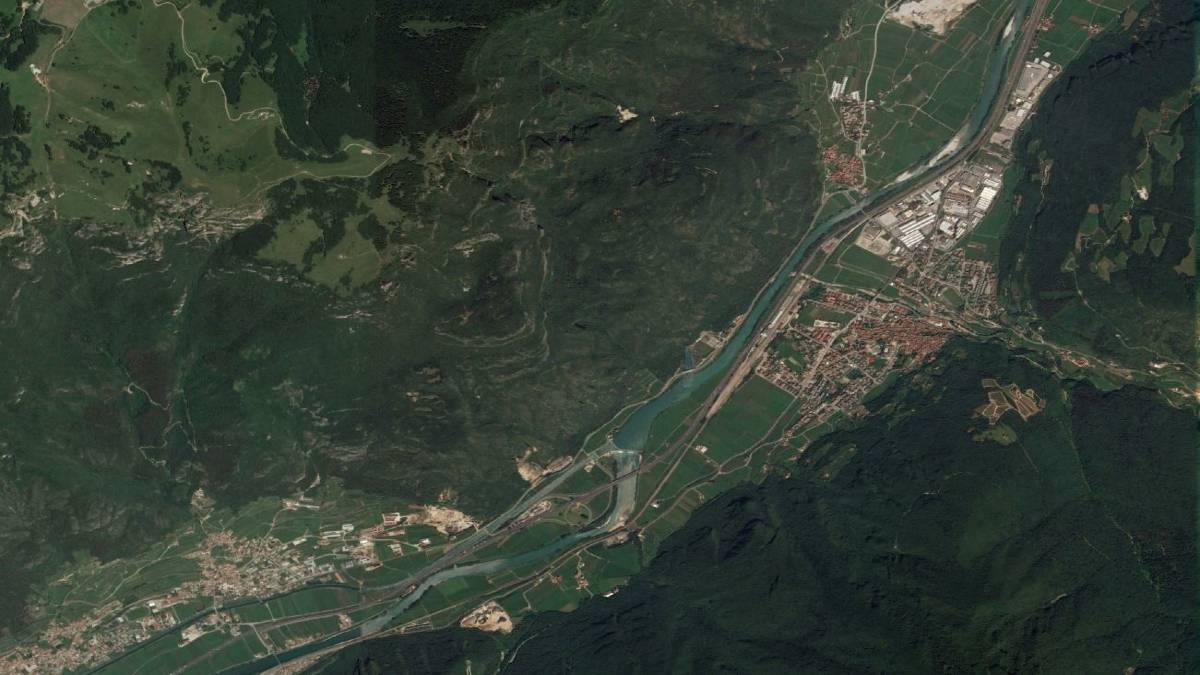 The Valbona plant is able to exploit the Ala river flows by means of an intake placed in Acque Nere, at 606 m above sea level, which supplies a 7.8 km long trapeizodal section channel.  Such channel is made up of prefabricated pre-stressed reinforced concrete segments and  carries through gravity (1.3% slope) a 600 l/s maximum flow up to the load tank.

The channel is placed on the right side of the valley and it is subject to rock falls events from the rocky walls above. In the past, maintenance interventions were carried out due to such events. Moreover in those sections concerned by moraine or debris deposits during extraordinary weather conditions  landslide events such as mud flow – debris flow may occur, affect some channels sections. The channel breaking and the following water spill entails other and more serious landslides in the sections downstream of the damages. These landslides are very dangerous in the works lower half as there are roads and buildings which are supposed to be concerned both by the landslides and by the flow issued by the channel in an uncontrolled way.

The Valbona power plant is able to produce nearly 2 MW power by exploiting a derivation concession of a maximum 600 l/s flow taken from the Ala river, with a useful difference in height of 390 m. The structure is as follows:

The channel is equipped with an automatic closing system which is triggered in case of break. It is made up of a gate placed at about half the length. It blocks the flow and it discharges it into a side small valley which reaches then the valley bottom and the Ala river.

The following scenarios have been studied:

The total project scenarios are 11.

The analyses carried out have allowed to point out as follows: