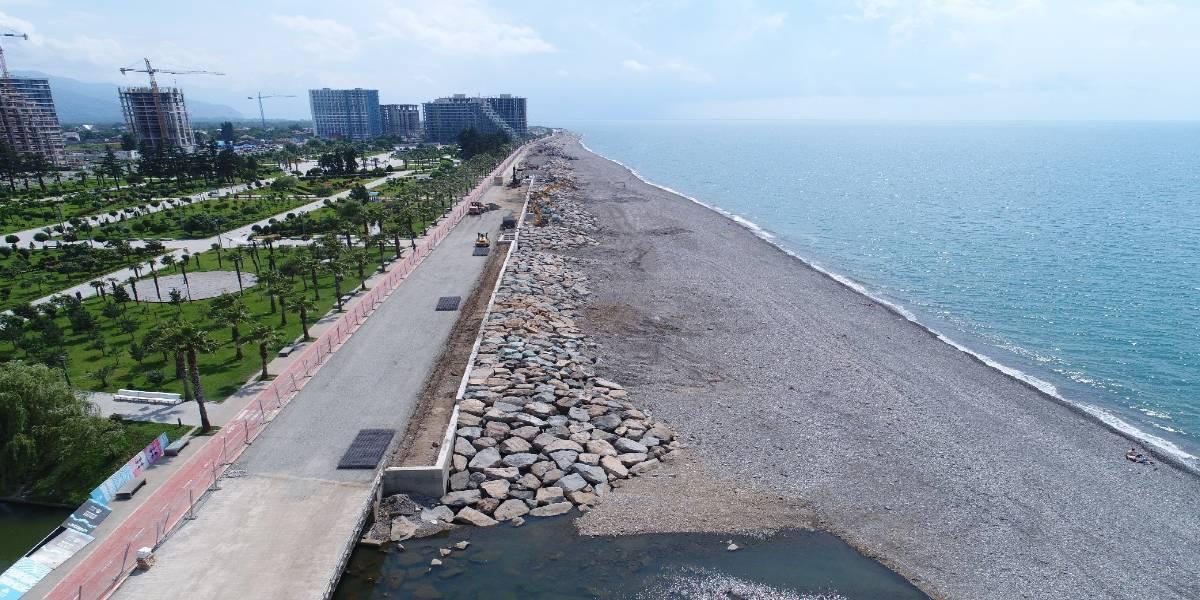 Batumi is the capital of the Autonomous Republic of Adjara (Georgia) and one of the major cities on the Georgian Black Sea coast. For centuries, the Chorokhi River (just south of Batumi) transported sediment (both sand and pebbles) towards the coast. Due to this, a delta was created. The City of Batumi is situated on the delta of the Chorokhi River. For decades now, part of the coast where Batumi is located is eroding. The erosion is caused by: uncontrolled cementification, sediment mining from the Chorokhi River mouth, construction of power dams along the Chorokhi River and underwater landslides in submarine canyons close to the coastline.

An adequate solution accounting for these very complex physical and land-use settings was needed to solve the erosion problems of the coast.

Technital was appointed by Municipal Fund Development of Batumi to carry out the design of Batumi coastal protection system and execute services for construction supervision during implementation of the project. The project was financed by the Asian Development Bank. According to the Terms of Reference of the project, the stretch of coast to be protected, composed of sand and gravel, extended for about 7.5 km.

The design process was articulated in the following phases:

During the execution of the project, the design already completed had to be reviewed due to damages generated by violent sea storm.

New stability and hydraulic calculations, BoQ and all documents were prepared for the new revetment that was built in stones of 3-7t category (instead of 1-3t as previously envisaged).