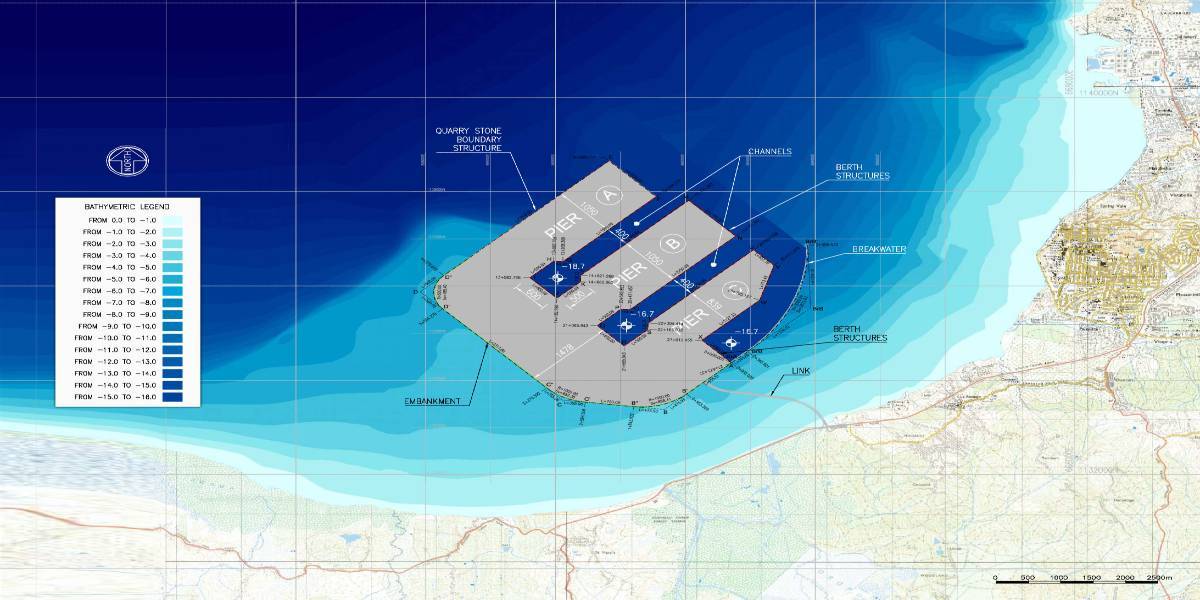 The Government of Trinidad & Tobago has charged the National Energy Corporation (NEC) to identify and develop new industrial sites. A series of preliminary studies have been undertaken and as a result of these studies three possible sites seems to give the possibility to allocate new industrial parks as requested by the Government. One of these is the Oropouche Bank, located off the south-west coast of Trinidad, between Pointe a Pierre in the North, and Brighton in the south west, which has been identified as a potential site for locating gas based industries. The idea of creating new industrial sites by building reclaimed areas allows the Government to avoid consuming land side areas, thus reducing the impact on the population.

In the framework of this contract TECHNITAL has developed various activities

In the first Phase several environmental studies were developed to define location and shape of the new island. The studies included extensive numerical modelling analysis on the local conditions as well as on the general conditions of all the Gulf of Paria in order to highlight possible impacts. The proposed reclamation site is located in a sensitive area, from the morphological and ecological point of view; it is characterised by the presence of the Godineau river mouth, extensive mangrove swamps and is presently a very important fishing ground for shrimps; all these aspects were considered in order to find the more sustainable layout of the new island. Among the aspects studied were: sediment transport, waves, littoral currents, river discharges, coastline evolution, benthic life, fishing activities. As a consequence, the final layout of the island with a total surface of 1600 ha was defined

In a second phase a Master Plan of the industrial development on the new island was performed. Industrial planning necessary to define the characteristics and the reciprocal position of the industries that will be installed in the new island and of the relevant port facilities were defined for different development scenarios, considering different combinations of heavy and light industries as well as of tertiary sector

In the third phase it was developed the preliminary design of the new island; the design included

Finally, a scoping document was prepared, to serve as a guide for the conduct of the future EIA study.