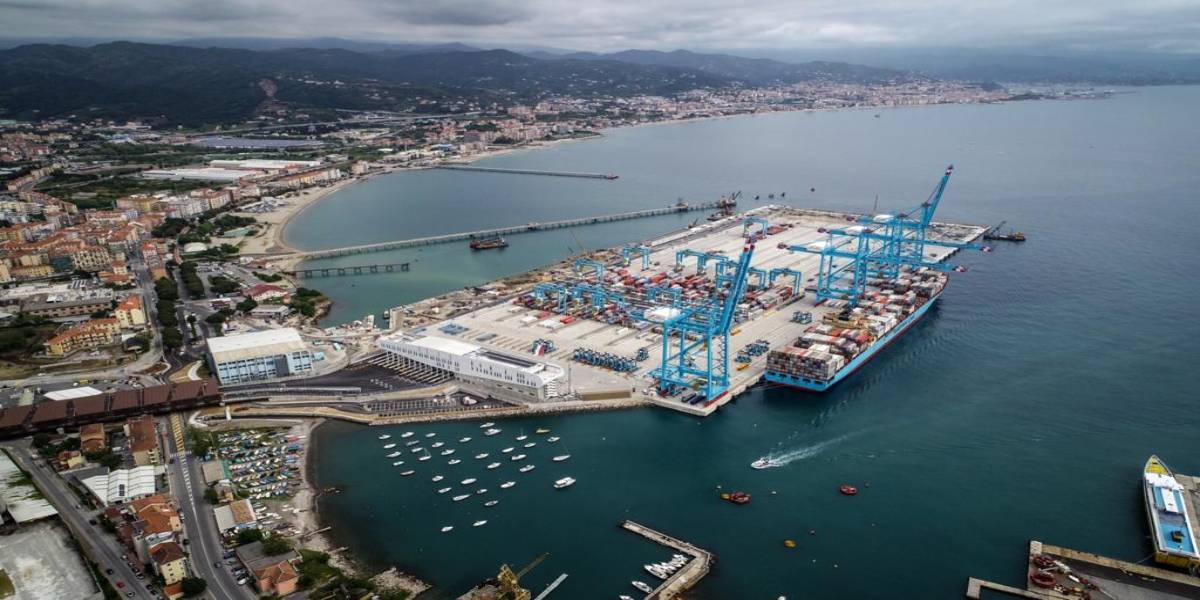 The ATI, signed between Maersk, Grandi Lavori Fincosit, and Technital has submitted a bid to the Savona Port Authority to develop the Multipurpose Platform and to operate the container terminal. The bid was made, according to the Italian law, L. 109/1994 - Art. 37 bis after a preliminary design, developed by Technital S.p.A., in contact with the Employer ATI; after presentation of the preliminary design and relative offer, the tender was won by the A.T.I. on 30th June 2006; after winning the tender, which had the characteristics of a project financing (part of the money given by the state, through Savona Port Authority, and part by the tender winner), after the above mentioned law, the ATI was transformed into a Company, responsible for definite and detailed design, construction and operation of the terminal, named APM Terminals Vado Ligure S.p.A.; within the group, Technital is responsible for design.

Designed works are as follows:

The overall width of the platform is 300 m; the quay lengths are as follows:

The new platform is to be built on the site where today two oil jetties and a dry bulk jetty are operative, and are to be maintained till the new facilities are operative themselves. The structural solution for the open part of the platform consists or reinforced concrete caissons, precast and flooded, foundated on a rock layer based on a transition granular layer; the existing soil under the transition layer must be properly consolidated with a preloading treatment; for the upper deck, a system of beams, precast self bearing dalles and slabs cast “in situ” were considered. The beams are precast and prestressed. The landward reclamation volume is used to store the dredged material, about 500.000 m3, to placed within a reinforced concrete caisson perimeter. The detailed design has been developed in stages, which fit with the financial availability of the client; phase 1 (32% of the total) was delivered and approved in august 2012; phase 2A (3% of the total) was completed and approved in October 2014; phase 2 (remaining 65%) was delivered and approved in April 2015.

Following this, a further detailed design phase (Perizia di Variante) was carried out, in which the structural part of the platform was completely modified, becoming a reclamation placed within a reinforced concrete caisson perimeter from landward to seaward. This final phase was delivered and approved in August 2017.