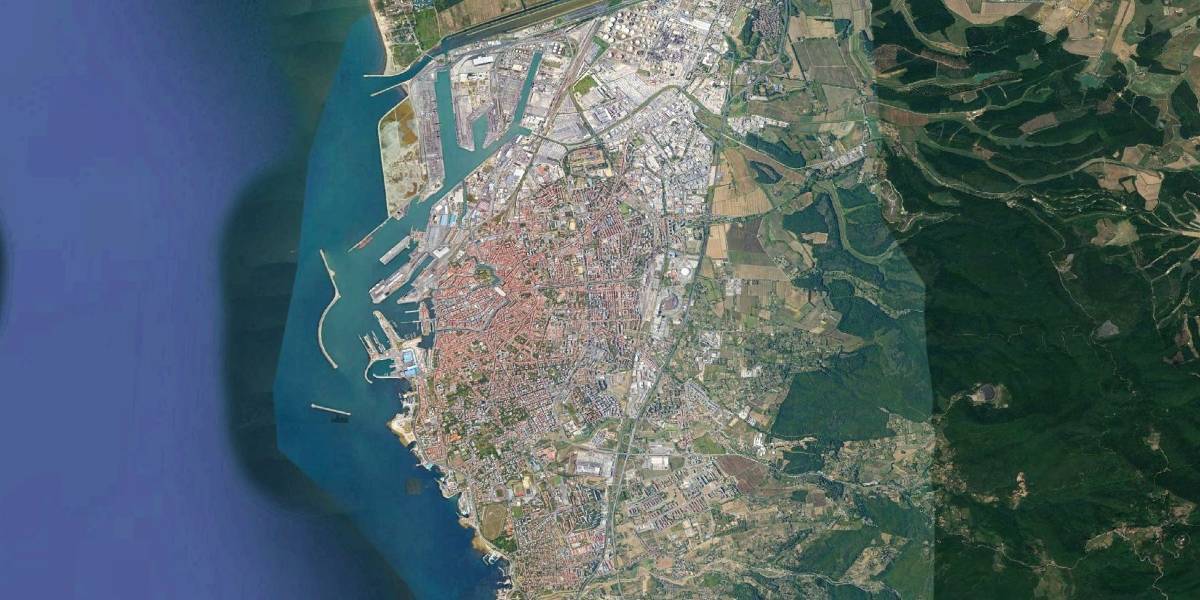 The job has been carried out in parallel with the drafting of the new Port Master Plan, finished in 2013, with the aim to study more in deep the proposed new infrastructure for port development, as far as possible preliminarily evaluating their “market attraction”, looking at a possible public / private partnership (PPP) for both the realisation and the operation.

The Port of Leghorn is a Category II Class I port (classification for ports where Port Authorities reside.

The present port includes the Old Port in the south, the New Port and the industrial channel in the north and consists of 4 basins: port facilities include dry docks, quays for dry bulk / general cargo / container / crude oil and oil products, for both commercial and industrial use, as well as ferry passenger / cargo traffic with Sardinia and Corsica islands, and cruise traffic.

The new Master Plan constitutes an important strategic step for Leghorn, not only for the development of the port, but also for the city and the outlying industrial areas, in relation to both an increasingly global market, and the economies and requirements of local development. As far as the commercial port is concerned, the objective is to modernize a port of call which has numerous short-comings which have held back its development, summed up as follows:

The approach channel at the outer harbour is 15 m deep, whereas the access to the S. Stefano Basin and the relevant turning area (width 500 m), as well as to the turning basin of the New Port (diameter 375 m) and thence to the Toscana dock and quay, is through a seaway dredged to a depth of –13.00 m. a.s.l., and through a 100 m wide channel, with a useful dredged width at -13.00 m equal to 70 m. Mooring depths along the eastern part of the Toscana dock are -13.00 m a.s.l..

The Toscana dock has been realized – as a variant to the present Port Master Plan approved in 1973 – by widening the Navicelli canal to the west and building, where the canal enters the new dock, a Vincian gate to eliminate the backflow of the solid transport from the river Arno into the dock itself, as occurs during peak flows. North of Marzocco breakwater and west of Toscana dock, a big job started in early 2000s, the impermeabilized basin to be filled with dredged materials, after becoming the environmental impact critical for the inclusion of the port basin inside the perimeter of the “Polluted Site of National Interest” of Leghorn (2001) and the institution of the Cetacean Sanctuary.

The Feasibility Study – in compliance with the official Italian laws and technical guidelines – includes:

The seaside demand has been estimated up to 2040, based on international skilled consultant’s studies as well as on other sources and related to main economic indicators (GDP etc.), according to alternative trends.

Similarly, the landside demand has been estimated and split into different transport means – road/rail/waterway.

Several alternative layouts have been examined, all of them complying with same basic criteria:

The selected project solution, the so-called Europe Platform, consists of:

As far as the cost / benefit analysis, both the financial and the economic analysis show an IRR (internal rate of return) higher than 5% minimum required.