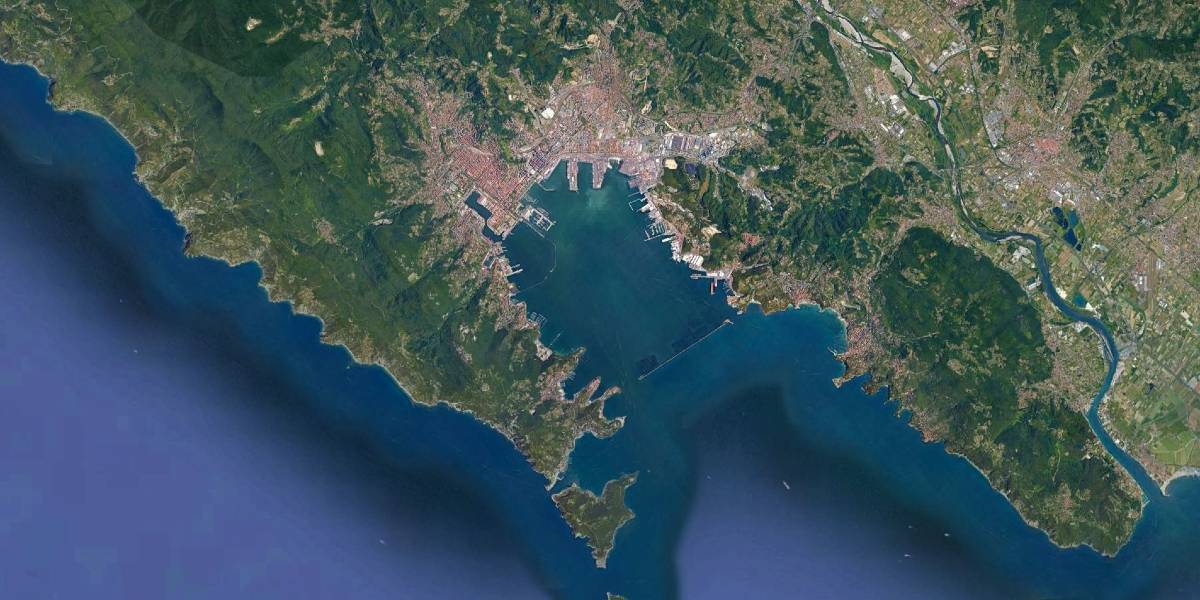 The study covers the nautical aspects of a wider Project regarding the “Modernization and Upgrading of Panigaglia LNG Facilities” in the Gulf of La Spezia.

The figures below show the present layouts of the site with the storage tanks and vaporisation units and of the terminal.

The main purpose of the study was to determine the works necessary to render the present terminal suitable for LNG carriers with cargo capacity of 145,000 m3.

The objective was achieved with a navigation study carried out with help of a fast time simulator (SHIPMA).

In the preliminary stage (pre-model phase) nautical assessment was carried out on the basis of International Recommendations (PIANC, BS, etc.) to define width and depths of approaching channel and turning basin.

All nautical aspects to make the navigation safe (land contour with re-shaped terminal, depths after dredging, new channel and turning basin) were successively inputted in the SHIPMA model that is capable of performing (by means of an auto-pilot) typical harbour manoeuvres like turning, reverse sailing and berthing. The effect of stern/bow thrusters and tug/s assistance is also computed if needed.

conducted with the design ship according to a project plan agreed with the Client (below is a departure).

The simulation results were produced in the form of:

Operational procedures were reviewed according to the results of simulation programs.