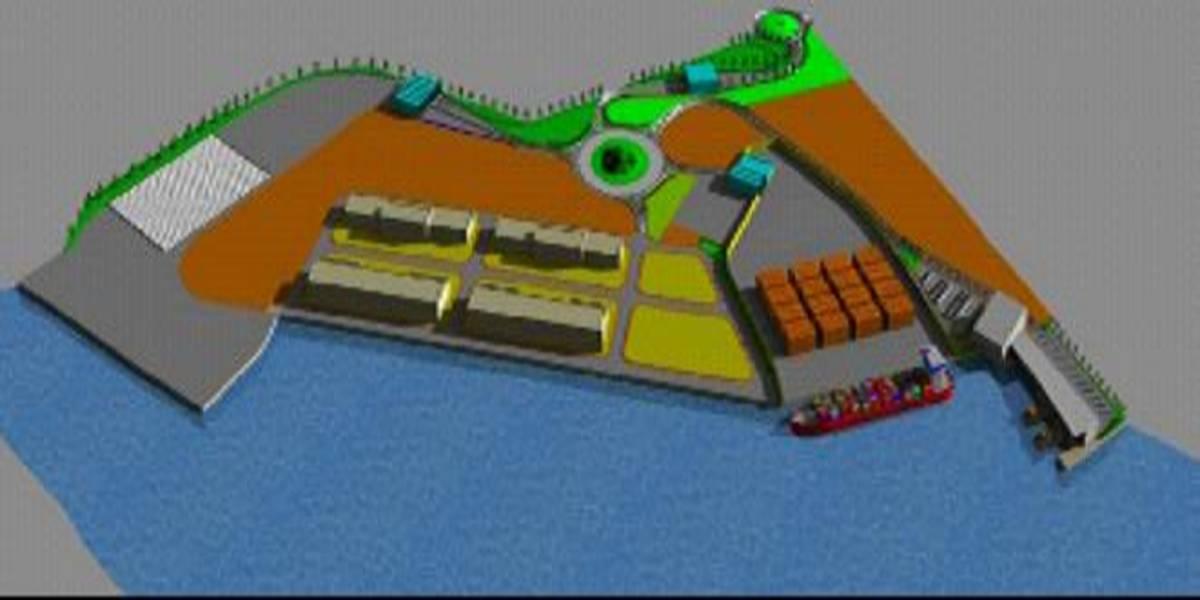 Close to its delta, the Po river ramifies into a number of arms and one of these, the Po di Levante, is navigable for more than 12 km.

At present, the waterway is ploughed by numerous barges and ships (maximum draught 3,20 m) that call at the industries that established along the river during the past decades. The most important is certainly the shipyard Cantieri Visentini that builds ro-ro and ferries up 190 m long.

Sistemi Territoriali (Regione Veneto) charged Technital to study a Master Plan of a new commercial harbour to develop the entire area and rationalize the services.

The first phase of Master Plan regards some interventions to make navigation safe along the river:

The second phase indicates the future configuration and port development in terms of land use and related infrastructure.

The proposal includes 650 m of new docks for the mooring of container ships of up to 130 m, bulk-carriers and general cargo ships of up to 150 m, ferries and ro-ro up to 180 m. The docks will be built on the land side and the available operational area for the harbour is about 15 ha. The stockyards dedicated to bulk-carrier terminal are large enough for some 500.000 t/yr and the container area can hold some 30,000 TEU/yr. The parking area for ro-ro terminal has been designed for a 2,500 m queue of vehicles.

The harbour will be provided with all the necessary services, such as Fire department, Police department, customs, pilot, mooring facilities, and so on.

The costs for the first phase have been estimated at around €9 million, taking into account maintenance dredging works along the river, dredging and excavation works for the turning circle and the realization of new embankment.

The second phase includes all the infrastructures to make the harbour operative, such as the paving, lighting, housing and other buildings, and roads, as well as the docks. The estimated cost for the realization is €40 million.

The harbour will be the new focal point for the development of Polesine area since, through the existing waterway network, goods can reach a number of destinations in in the lower Po Plain area.