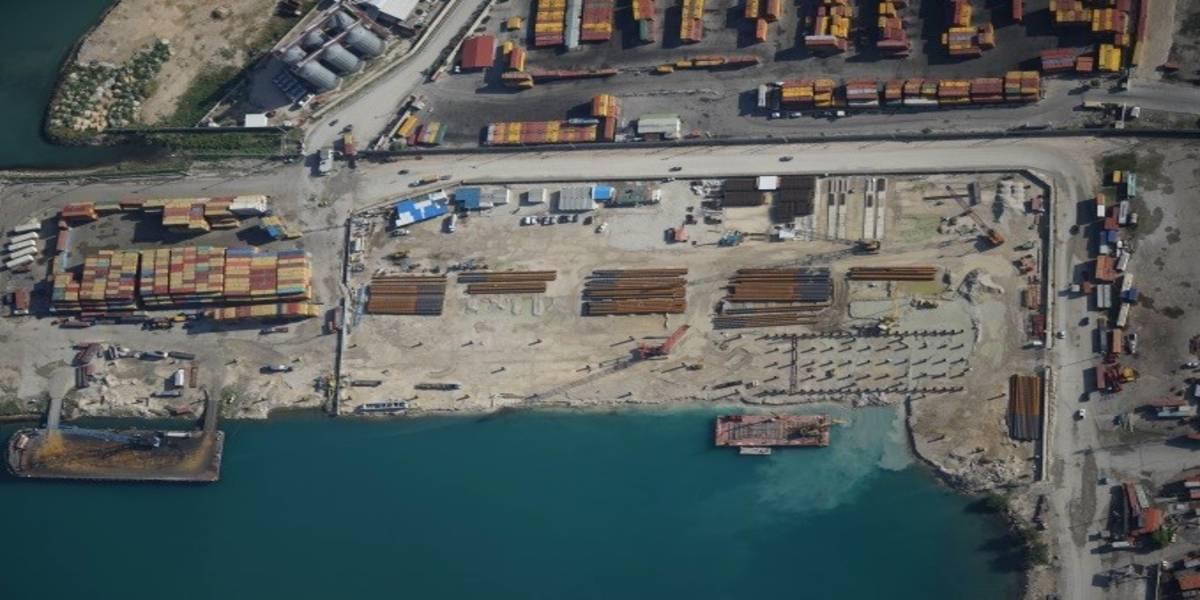 After the Haiti earthquake of 12 January 2010 the Port-au-Prince Port was severely damaged. Soil liquefaction together with the bad conditions of the structures prior to the earthquake causes the complete collapse of the north wharf and RO-RO ramp during the 2010 seismic event. The reconstruction of the North Quay was a primary issue for the required necessity to increase port service supply and timing represent therefore a major issue for the project.

The location of the new quay was identified by APN (Haitian Port Authority) on the on-shore area, behind the old collapsed wharf.

GLF Construction Corporation was appointed by APN to design and rebuild the collapsed structures of the North Quay and of the RO-RO berth which constituted the main facilities of the port. TECHNITAL has been appointed to develop the whole design of all the works included in the contract. The main facilities included in the works are the following:

APN requested a water depth in front of the quay of -11.50 m on MLLW. The new quay is a pile supported wharf. Piles consist of driven piles with tubular steel pipes, with a concrete infill which will ensure the connection with the above concrete deck. Piles are driven on-shore; the dredging activities shape the slope 1:2 and are performed after pile driving and before final deck concrete pouring.

Concrete deck is about 34 m large, in order to ensure an adequate support to the 100 feet spacing rails, the typical STS Crane gauge for Terminal Container quays. In the first phase of the study gathering and interpretation of field data were carried out in order to define the situation at the beginning of the works. TECHNITAL prepared specifications, gave field support and supervision during activities and then processed all data collected to give complete

interpretation about the geotechnical soil characterization and the bathymetric and meteo-marine conditions of the area. Seaside surveys were in particular not only focused on off-shore future dredging area but also to detect the correct locations of the ancient concrete decks of the wharf collapsed during the tragic seismic event: a multi-beam survey was therefore supported with additional scan-sonar survey. On the other hand, an extensive Geotechnical campaign was also undertaken in order to detect all precise condition of a soil which was extensively affected by liquefaction phenomena.

Investigations results were not favourable for the design: The soil behind the quay has to be stabilized against liquefaction; Vibro-compaction has been designed in order to obtain the soil densification in the area of the quay. Detailed design of the quay walls and piles entailed both static and seismic condition analyses and piles have to sustain both the static and seismic load also given by the containers stacked in the area. Vibro-compaction, piles drivability, geotechnical/structural design of the piles, numerical modelling of the soil-pile interaction and soil-structure and dynamic analysis of the whole quay structure are among the most challenging aspects of the project. The design was strongly influenced by the complexity of supplies on site: tailor made concrete specification for marine structures, stacking yard pavement and slope/scour protection of dredging have been prepared in order to match the rough material availability in Haiti. Work stages, working technologies implemented for the construction, corrosion countermeasures for the structures were developed taking into account both Contractor and APN particular needs. Decks have been completed with tie-down facilities for cranes (as Port-au-Prince area is exposed to Hurricanes) and all the provisions for the future plants (mechanical, firefighting, electrical and potable water supply) and for STS functionality (Electrical Supply, Turnover anchor pits, data communication). Stacking yard pavement design requested also traffic analysis for the port assuming different hypotheses for future port logistic organization. Fendering and Mooring facilities were defined after a specific evaluation of the environmental conditions. Detail design for Dredging, Backfilling works, Quay wharves structures, Plant provisions, Provisional internal traffic roads and slope/scour protection are designed considering the future possible port expansion.