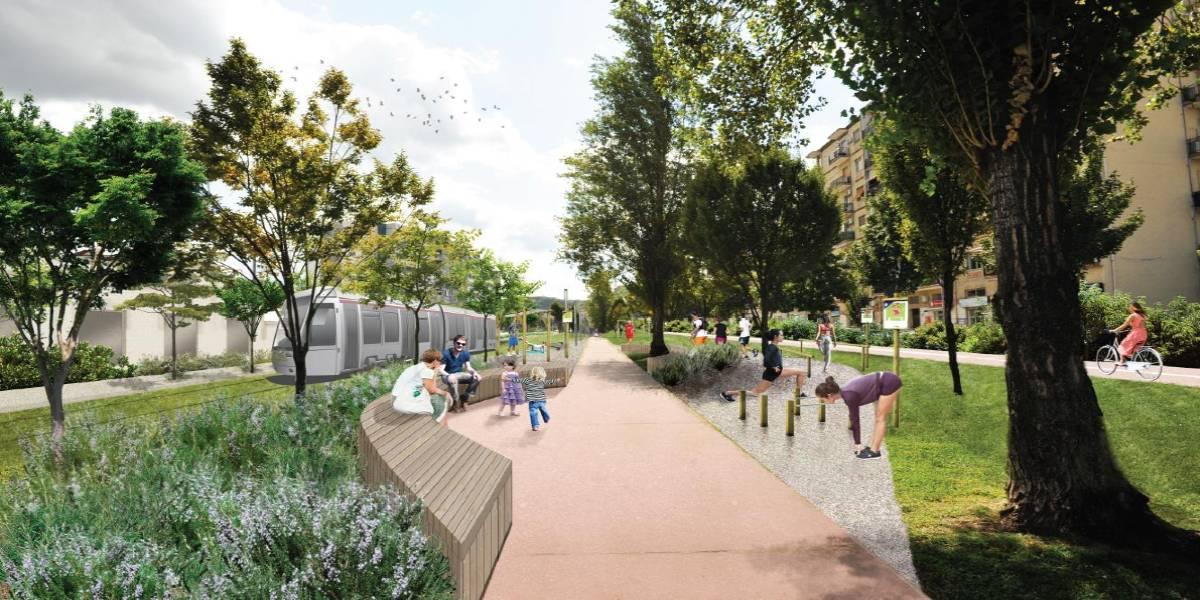 The three sections (both single and double track) are integrated and represent a single urban mobility system. The total length of the track is about 17 km (16.893 km).

The project also includes a workshop and a depot for the tramway vehicles, the design of stops and of the terminal stations, the power electrical supply system, the signalling and safety systems, the electrical stations for the traction system.

Special care has been paid for the design of the 35 stops from both he architectural and structural point of view. The study was concentrated on the architectural concept and a subsequent step of choosing the materials and the right proportion of the structural elements.

The detailed design has also incorporated bicycle path and an urban park for improving the inclusion of the new system into the urban environment.