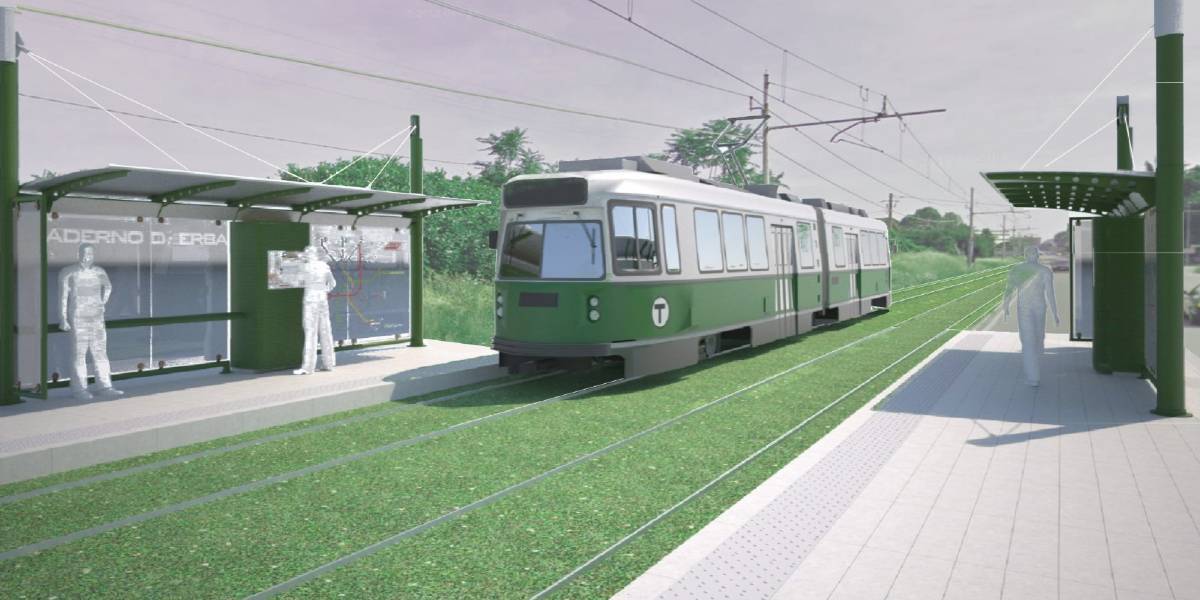 The Milan North Park - Seregno metrotranvia project is part of the "strategic program of works of pre-eminent national interest" and is part of the context of a strategic planning of regional and provincial scope, crossing n. 8 municipalities (Milan, Bresso, Cormano, Cusano Milanino, Paderno Dugnano, Nova Milanese, Desio and Seregno) and belonging to 2 Provinces (Milan and Monza Brianza). The line serves the historical route of the "Valassina" mainly along the former SP9 following the route of the old urban tram (current Milan - Desio and ceased Desio-Seregno-Carate), which leaves only in the last stretch, from Desio to the terminus of Seregno FS, to serve the Desio hospital and to realize the interchange with the Seregno railway station. The route has a length of about 14.3 km with a first double-track section from Parco Nord to Paderno Dugnano, Calderara (5.6 km) and the second part of the line, from Calderara to Seregno FS (8.7 km) is single track with double track only at the crossings.

The design criterion adopted is to create a non-paved tramway (single or double track) generally located in between the two carriageways intended for ordinary traffic and well established in the urban network (25 stops with a maximum distance of 540 m).

The high-level performance of this transport system in terms of commercial speed, is primarily guaranteed by the adoption of a dedicated route along almost the entire line such as to minimize the interference with ordinary traffic and from 10 line doublings in the second part of the single track line in correspondence with the stops.

Various construction methodologies have been taken into consideration as far as the tramway permanent way is concerned. The aim was to guarantee the best performance in relation to costs, speed of execution, reduced occupation and noise of the construction site. The different constructive methodologies considered range from ballast, to precast slabs, to precast solutions for intersections, and systems for the automatic laying of concrete slabs.

Along the line the following main works are planned:

- a cycle-pedestrian underpass under the A4 in the municipality of Bresso;

- HESOPTM (Harmonic Energy Saving Optimizer) able to switch back to the medium voltage network the energy generated by the braking of vehicles and also regulate the supply voltage in order to keep it constant;

In addition, the project involves the revamping of three disused tracks in Cusano Milanino and Desio for a total length of about 5 km and the construction of an interchange car park in Paderno Dugnano of about 6000 square meters with about 180 parking lots.