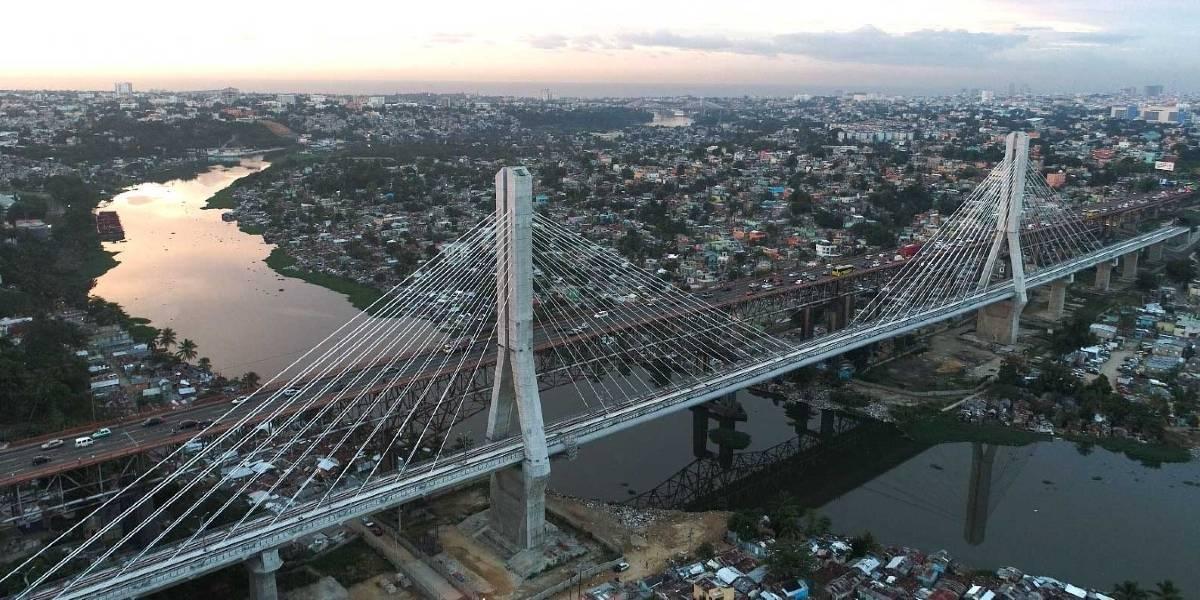 The Santo Domingo Metro is a light rail system in Santo Domingo, the capital of the Dominican Republic. It is the most extensive metro system in the insular Caribbean and Central American region by length and number of stations.

Line 2 runs from western to the eastern part of the city and its extension 2b will include a cable stayed bridge over Rio Ozama, parallel to the existing road bridge Francisco del Rosario Sanchez.

The bridge has a deck about 520 m long, subdivided in 5 spans: the central one (between the pylons) is 270 m long, while the 2 adjacent ones on each side are 65 m and 60 m respectively.

The bridge has to serve a metro line in a region interested by high risks of earthquakes and hurricanes and therefore the following analysis are required: