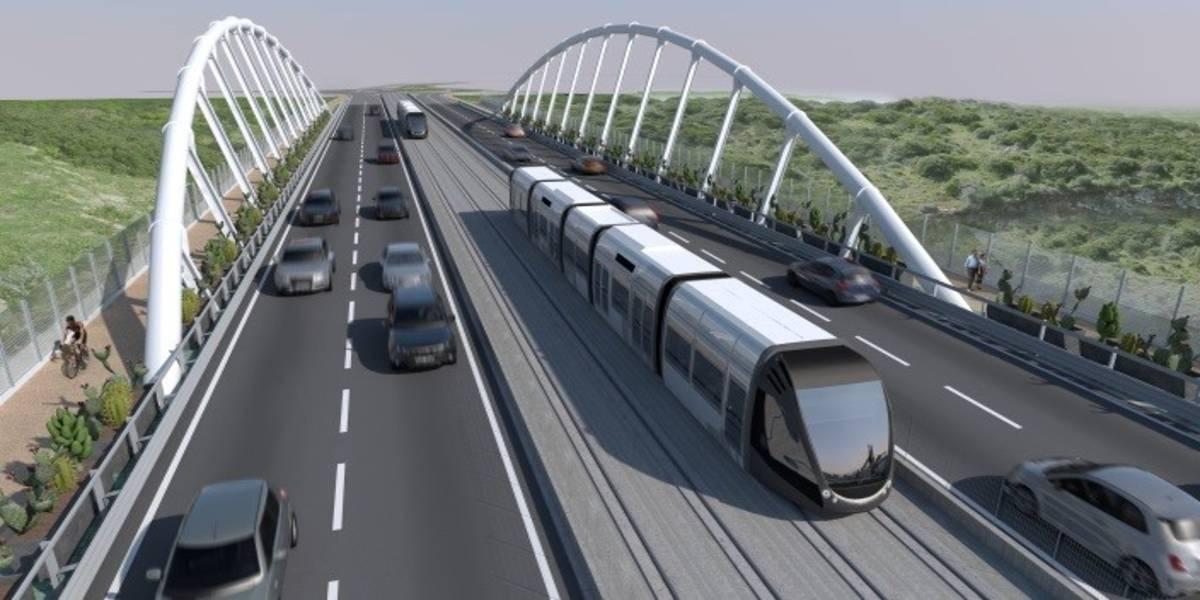 The expansion of the tram system of Palermo aims at the ambitious goal of providing the city with a secure, modern, punctual, comfortable, silent and zero emission transport service. The planned tram network is fully integrated into the Local Public Transport of the city of Palermo, based both on fast metropolitan mobility systems and urban and extra-urban road transport systems. The purpose is to create an intermodal transport system that connects and makes accessible the main areas of the city, the university and hospitals, the suburbs and the seaside villages.

The technical and economic feasibility project relates to 7 lines sections for a total of approximately 67 km of network; the project also envisages the construction of a new warehouse, the re-organisation of some urban interchanges and a network of 14 multi-storey car parks.

The standard sections are single and double-track, both protected and traffic mixed lanes.

The whole new tram network is entirely catenary free, with gauge identical to that of existing lines and equipped with hybrid vehicles.

The catenary free system provides for the adoption of a cutting edge technological solution among those present on the international scene, represented by cars equipped with ultra-light and high capacity batteries and super-capacitors, with short charging periods and considerable autonomy. This technology is the only one that allows the transformation of existing cars into hybrids, allowing the service also on new routes with obvious economic - managerial advantages. The proposed refill system has been selected to offer the best possible combination of production and management costs, functional efficiency and, above all, impact reduction. This system provides, in addition to recharging deposits when the rolling stock is not in service, the application of the opportunity charging, which allows recharging during braking and at some special stops, as well as a specific power management system widely tested.

The main works are:

Finally, the project envisaged the adoption of innovative plant components and rolling stock, such as: