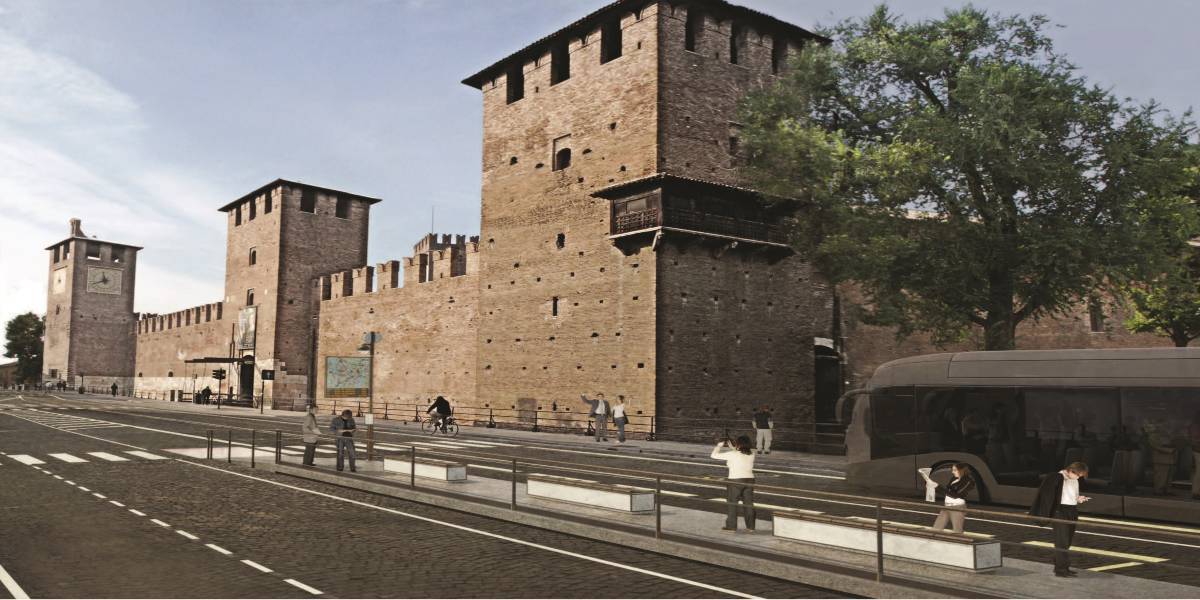 The project involves the construction of 4 trolleybus lines to be integrated into the urban public transport system made of buses. The trolley bus system has been conceived for the two main axes of the city which are also the most trafficked ones, respectively North to South and West to East. The new system aims at connecting important city sites such as the City Hospitals, the Historic Centre, the Exhibition Centre, the Railway Station, the University and main parking, for a total length of approx. 24 km of lines, out of which about 17 km are served by electric traction and the rest independently driven.

Because of the history of the town, the network of streets interested by the new lines have to undertake deep functional reorganisation, with consequent adaptation.

Particular attention was dedicated to the optimization of the system, in order to maximize efficiency and make it as much attractive and convenient as possible for citizens and visitors. In this regard, the design of “bus lanes” to separate traffic, allowing vehicles to avoid congestion points, together with synchronization of traffic lights was purposely studied in order to create as unimpeded flow of traffic along the interested itineraries.

It is worth to add that an innovative trolleybus system has been selected. The vehicles will run on rubber tires and will be equipped with the so-called “virtual track system” allowing the automatic get-in/get-off in a similar way as a railway system (this is the second application in Italy following that of the city of Pescara)

The project also includes the vehicle depot and business center for the operator and will allow a rationalization of the traffic of both private cars and pedestrians.